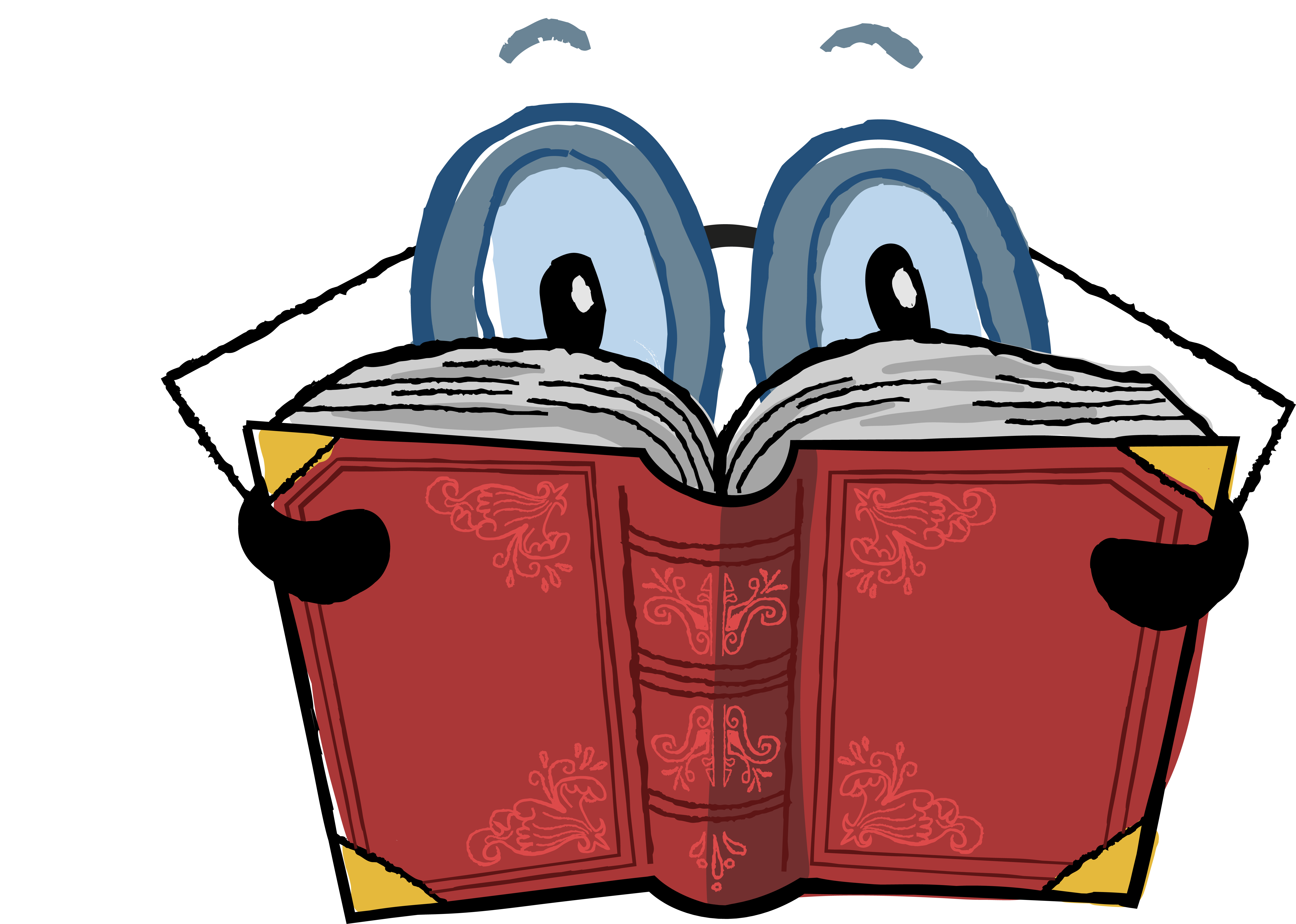 Before we run through the plans, let’s make sure you understand all the terminology. In a perfect world, these names would be helpful, or even self-explanatory. But as far as anyone can tell, these terms were created by an evil warlock, whose sole goal was to confuse everyone who read or heard them. (If you’re wondering, the winner of the most-misleading-name-ever award goes to “coinsurance.”)

Here is what we’ll be covering…

What is the difference between In-Network and Out-of-Network?

This is the group (or groups) of doctors, treatment centers, and pharmacies who have reached an agreement with your plan to provide you health care at a reduced cost, which saves you money.

Not only do in-network services have a lower price tag, but your plan will usually cover a higher percentage of that cost.

On the other hand, going out-of-network can also mean more limited coverage – or even no coverage at all. So you’ll always want to make sure to try and go to in-network providers. You can always search for in-network providers using your health plan’s website or app, or just call them to request assistance.

You should know though, in an emergency, you’ll be covered no matter where you go. In a life threatening situation, there’s no such thing as “out-of-network.”

When Jun sprained his ankle, he went to see the doctor. Unfortunately, he didn’t check to see if the doctor was in-network. (She wasn’t.) So Jun ended up having to pay the full price of her services.

When the bill came, there were two items on it:

And the plan would also have paid 90% of the costs Jun was charged, if Jun had reached the Annual deductible, leaving him responsible for only $21.50.

What is a Premium?

This is what you pay each paycheck for your plan.

For many plans, the premium is automatically taken out of your paycheck before taxes (aka pre-tax). So you don’t pay taxes on that money. (Though some plans have post-tax premiums. If and when that’s the case, I’ll point it out.)

What is a Deductible?

This is the amount you pay for health care services on your own, before your plan starts to pay.

If your plan has a deductible, here’s how it works:

At first, you’ll pay the full cost for most services you receive. But once you’ve paid a certain amount on your own (the deductible), your coverage kicks in and the plan starts sharing the costs of services with you.

The deductible can be tricky. Some services are covered before you reach the deductible. Some after. We’ll lay out the specifics as we walk through your plan details.

Jun injured his knee playing soccer in his city league, severely enough to need surgery. And the surgery itself cost a total of $3,500.

All the services he received were in-network. But before the plan began to cover the costs, Jun was responsible for the $1,550 deductible. After that, the plan split the cost with him, paying 90% of the remaining bill.

Once he was back on his feet, Jun took a trip to go snowboarding. His knee was at 100% the whole way through. His wrist on the other hand…it wasn’t quite as lucky.

One the bright side, since Jun had already hit his deductible, the plan immediately started sharing the costs at 90% for his ER visit, x-ray, and arm cast.

While some costs are covered 100% by your plan, some are covered only partially: maybe at 90%, 85%, or so on. And you are then responsible for the remaining portion of the charges. When your plan splits the check with you like this, it’s called coinsurance.

Different services in a plan may have different levels of coinsurance.

Hannah had a really sore throat, and went in to see her doctor. The doctor did some blood tests, and eventually gave Hannah a prescription.

Under the plan Hannah was enrolled in, the lab fees for her blood tests had a coinsurance of 90% – meaning her plan paid 90% of the fee, and Hannah only had to pay the 10% left over.

Under Hannah’s plan, prescriptions were also covered with a co-insurance of 90% – so while the plan covered that first 90%, Hannah had to pay the remaining 10% of that charge.

For the purposes of this example, it is assumed Hannah had already met her deductible.

Coinsurance usually kicks in after you’ve paid your deductible. But I’ll point out any exceptions below.

Be careful when reading coinsurance amounts; they can be shown in a number of ways. Sometimes they’re written as a fraction, like 90%/10%. Other times it’s just as a single percentage.

Usually, when shown as just a percentage, that number refers to the share of costs your plan pays for the services you receive. But plan descriptions out in the world can vary, and sometimes the number you see is the percentage of the bill YOU would be responsible for.

Always be careful when reading coinsurance values, and make sure you know which side of the split the number represents.

What is a Copay?

Some services always cost a fixed amount. This fixed price is a copay.

The amount of your copay depends on the type of service you receive.

Most copays go into effect the moment your plan coverage begins, even before you meet your deductible. And they may even apply to your deductible (though not always). Just check your plan details to see when they kick in, and at what amount.

Hannah’s plan requires she only pay a $20 copay every time she picks up a particular 30-day prescription – even though the prescription itself costs as much as $83.95 without insurance.

*The particular details on costs and coverage here are made up, and for illustration purposes only. Actual coverage amounts can be found in each plan’s details.

What are Out-of-Pocket maximum expenses?

This is the limit to what you’d have to pay out of pocket in a worst-case scenario. While this number DOES include the deductible any copays, and coinsurance payments, it does NOT include your premiums. (For a true sense of your annual expenses in a worst-case scenario, you need to add your out-of-pocket max to your yearly, total premium costs.)

Past this number, your medical plan covers all your in-network costs at 100% for the remainder of the calendar year. (There are rare exceptions, but your plan details will call those out if they exist.)

This is routine health care that includes services like check-ups and preventive screenings.

All the standard insurance-speak applies to prescriptions. But there are a few special terms that get brought up when talking about medications.

This is the list of prescription drugs covered by your health plan – though the exact amount of coverage can vary. Health insurance companies often will update their formulary annually (although they can change their formulary whenever they want).

On a formulary, drugs are divided into tiers. And these tiers identify how the drug is covered by the plan. Tier-1 drugs have the highest coverage, while Tier-2 drugs have somewhat less. Then come Tier-3 drugs, and sometimes even Tier-4 or Tier-5 drugs, depending on how the formulary is designed. (Sometimes the tiers have names, and sometimes they only have the numbers I just showed you.)

Drugs not on the formulary may be more expensive than those on the tiers, or simply not covered at all.

The fact that generics are called “generic,” and that they cost less, sometimes raises suspicion when they’re prescribed. But generic drugs are strictly monitored by the FDA to make sure that the dosage and quality of the active ingredients is on par with the brand-name version.

These are prescription drugs that require special handling, administration, or monitoring. They are typically used to treat rare and/or chronic diseases, and can often cost more than non-specialty drugs (sometimes, a lot more).

Medications which help you manage a condition, to keep it from becoming more serious.

This is an authorized alternative to a retail pharmacy. Instead of going out every month and standing in line for your prescription, you can have a 90-day supply delivered to your home every three months. (It’s usually less cost to you than going to a local pharmacy, too.)